Message to Our Shareholders

For Sustained Growth and Enhancement of Corporate Value 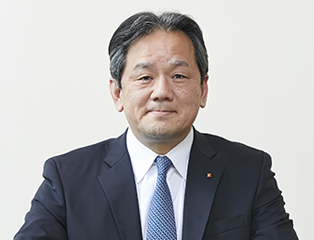 With the improved business performance for the fiscal year 2021, we have achieved a faster recovery of financial conditions than expected, such as dividends for the first time in six terms, and we recognize that “K” Line has moved into a new phase. In light of these major changes of business performance, we have formulated and announced a new medium-term management plan. In our new management plan, we have formulated a growth strategy with challenges in business areas around a low-carbon/decarbonized society as business opportunities, and we will manage resources based on the portfolio strategy for three businesses that will drive growth. As a shareholder of OCEAN NETWORK EXPRESS PTE. LTD. in containership business, which is an important business division of our group, we will further strengthen support for its sustainable growth and development. Moreover, we will aim for an optimal capital structure and promote cash allocation based on balanced growth investment and shareholder returns. Through these initiatives, we aim to be a company that continues to be selected by all stakeholders, while reducing the environmental footprint and continuously enhancing corporate value toward realization of a sustainable society. We ask for your ongoing support and understanding.

1) Summary of Consolidated Operating Results for the Fiscal Year 2021

Performance per segment was as follows.

In the Cape-size sector, market rates stayed mostly firm in the first half due to robust transportation demand in various countries, including China, and remained at a high level toward the middle of the fiscal year as a result of the strengthening of quarantine systems intended to prevent the expansion of COVID-19 and the tightening of the vessel supply-demand balance caused by an increase in port congestion in the Far East. In the second half, transportation demand weakened as China curbed crude steel production. Although market rates declined toward the end of the fiscal year because of the effects of a decrease in shipments due to unfavorable weather in major production regions, they mostly stayed firm throughout the year, despite some fluctuations. In the medium and small vessel sector, market rates rose toward the middle of the fiscal year because of the effects of port congestion as well as an increase in demand for transportation of coal and minor bulk cargoes, and due to recovery in industrial activity in China and robust demand for grain imports from Brazil to China. In the second half, market rates declined due to the easing of port congestion and disruptions caused by a ban on exports of Indonesian coal, but toward the end of the fiscal year, the market rates rose again because of a change in patterns of transportation from alternative supply sources of grains and other cargoes due to the effects of the situations in Russia and Ukraine.
Under these circumstances, the Group strived to manage the market exposures appropriately and reduce operation costs and improve vessel operation efficiency.

As a result, the overall Dry Bulk Segment recorded a year-on-year increase in revenue and returned to profitability.

As a result, the overall Energy Resource Transport Segment recorded a year-on-year increase both in revenue and profit.

In the global car sales market, although supply shortages of semiconductors and auto parts, and the situations in Russia and Ukraine affected production and shipments in some areas, the recovery from the impact of COVID-19 in the previous fiscal year continued. Despite the effects of continued rises in fuel prices, transportation demand has recovered.

As for the performance of "ONE", amid the tightening of the supply-demand balance due to supply chain disruptions and robust cargo movements, market rates stayed high in all trades. As a result, the business performance of "ONE" significantly improved year-on-year.

As a result, the overall Product Logistics Segment recorded a year-on-year increase both in revenue and profit.

(iv) Other Segment
Other Segment includes but not limited to the Group’s ship management service, travel agency service, and real estate and administration service. The segment recorded a year-on-year decrease in revenue and a loss was recorded.

In the Dry Bulk Segment, market rates are expected to stay firm on the whole, as transportation demand continues to be robust against a limited building volume of new ships, which leads to the tightening of the vessel supply-demand balance. On the other hand, the Group will keep a close watch on changes in transportation demand and prepare to respond quickly amid expectations of the effects of the situations in Russia and Ukraine on resource prices and the impact of COVID-19 on transportation demand. At the same time, amid growing need to deal with environmental problems, take advantage of its strength in high quality transportation, the Group will strive to secure stable profit by increasing vessel operation efficiency and reducing costs as well as increasing mid- and long-term contracts.

In the Energy Resource Transport Segment, the Group will strive to secure stable profit under mid- and long-term contracts with respect to large crude oil tankers, LPG carriers, thermal coal carriers, LNG carriers, drillships and FPSO (Floating Production, Storage and Offloading) systems. In addition, as was announced in the news release on December 17, 2021, titled "Notice Concerning Dissolution of Subsidiary Company and Transfer of Fixed Assets," the Group decided to sell all the offshore support vessels owned by K LINE OFFSHORE AS (KOAS), its subsidiary company, and dissolve KOAS.

As for the Product Logistics Segment, regarding the car carrier business, global vehicle sales are expected to remain on a recovery trend from the effects of COVID-19 in the previous fiscal year, despite the effects of shortages of semiconductors and auto parts. In addition to recovery in global vehicle sales and cargo movements and restoration of freight levels, the Group will continue to strive to improve operational efficiency through such measures as appropriate fleet restructure and reorganization of the network of trades.

In the containership business, although the situation in Russia and Ukraine and lockdown in China are uncertain, cargo movements are
expected to stay firm for the foreseeable futures. "ONE" will strive to conduct steady business management by taking active measures intended to avoid supply chain disruptions, while keeping a close watch on the future economic environment.

Our services related to both Russia and Ukraine are suspended and changed sequentially, taking into account various situations. The impact of the situation in both countries on our business is expected to be minor and limited.

The Company‘s important management task is to maximize returns to our shareholders by strategically allocating our management resources to investments, optimization of capital efficiency and to improve our financial strength considering mid to long-term business environment. The Company decided payment of a year-end dividend for the fiscal year ending March 31, 2022, resolved as 600.0 yen per share which increased by 300.0 yen per share additional dividend from the previous forecast announced on February 3rd, 2022. For the fiscal year ending March 31, 2023, the Company plans to consider payment of a year ended dividend of 300.0 yen per share as ordinary dividend (including an interim dividend of 150.0 yen per share) and additional shareholder return of 100.0 billion yen or more, based on comprehensive consideration of the earnings forecast. The Company plans to consider share buybacks in addition to dividends as an additional return to shareholders.

All of "K" LINE Group members are vigilantly dedicated to the accomplishment of our goals with one voice, and we appreciate your continued support and encouragement.

Thank you very much for your kind attention.