The first Triple Deck Motorcycle Carrier was initially developed by “K” Line’s subsidiary in Indonesia jointly with an Indonesian manufacturer, and was used in short-distance road transportation from a motorcycle manufacturer in Jakarta to its domestic depot, and has currently advanced to long-distance transport efficiency with greater CO2 reduction.

This newly-introduced operation demonstrates another advancement in customer-based services through anticipating customer needs by utilizing strong local ties, which is the concept of “K” Line’s logistics business, and has now crossed the ocean from Indonesia to India, adding another link in the “K” Line global network.  We will also continue to further expand this business to other Asian countries in the near future. 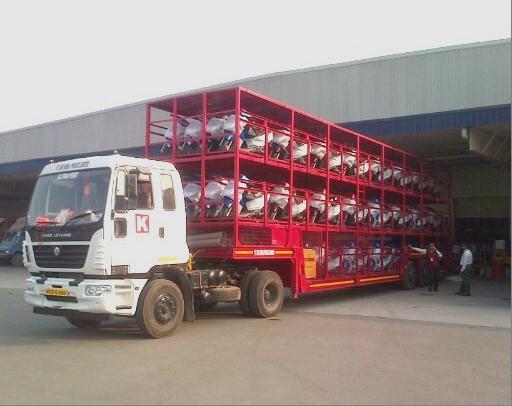