Kawasaki Kisen Kaisha, Ltd. (“K” Line) is pleased to announce it has just launched “DRIVE GREEN PROJECT” in order to pursue environmental protection and energy savings with the world's most advanced technologies to be integrated on the 7,500-unit Car Carrier on order with Japan Marine United Corporation as Flag Ship of this project that includes constructing total of 8 new similarly-designed PCC's announced in press releases in late 2013 and earlier this year.

Ships have the lowest environmental impact of all transportation modes compared with aircraft, railway and motor vehicles. On the other hand, exhaust gas from marine diesel engines include factors that cause photochemical smog and acid rain, such as sulfur oxide (SOx) and nitrogen oxide (NOx), in addition to carbon dioxide (CO2) that are causes of global warming.

In “K” Line “DRIVE GREEN PROJECT”, to reduce CO2 emissions per transport vehicle, advanced hull design and energy saving technology have been adopted, with the goal of reducing CO2 emissions 25% or more compared to conventional design.

Its NOx reduction method, the world's first NOx generation suppression device to be installed on a main engine, reduces both CO2 and NOx emissions by a combination of an exhaust gas recirculation system and water emulsion fuel of Kawasaki Heavy Industry, Ltd. The SOx reduction method, SOx scrubber, to be equipped, is that of Mitsubishi Heavy Industries, Ltd. and Mitsubishi Kakoki Kaisha, Ltd. It is planned that both systems will be practiced onboard as a trial. (*)

In addition to the above, energy-saving LED lighting will be adopted throughout almost all of the ship, and the energy power of LED lights in car decks will be supplied by a solar power generation system of Solar Frontier K.K.

To protect the environment of the earth and ocean, (“K” Line will continue to vigorously strive to promote energy saving and reduce environmental impact of our fleets. 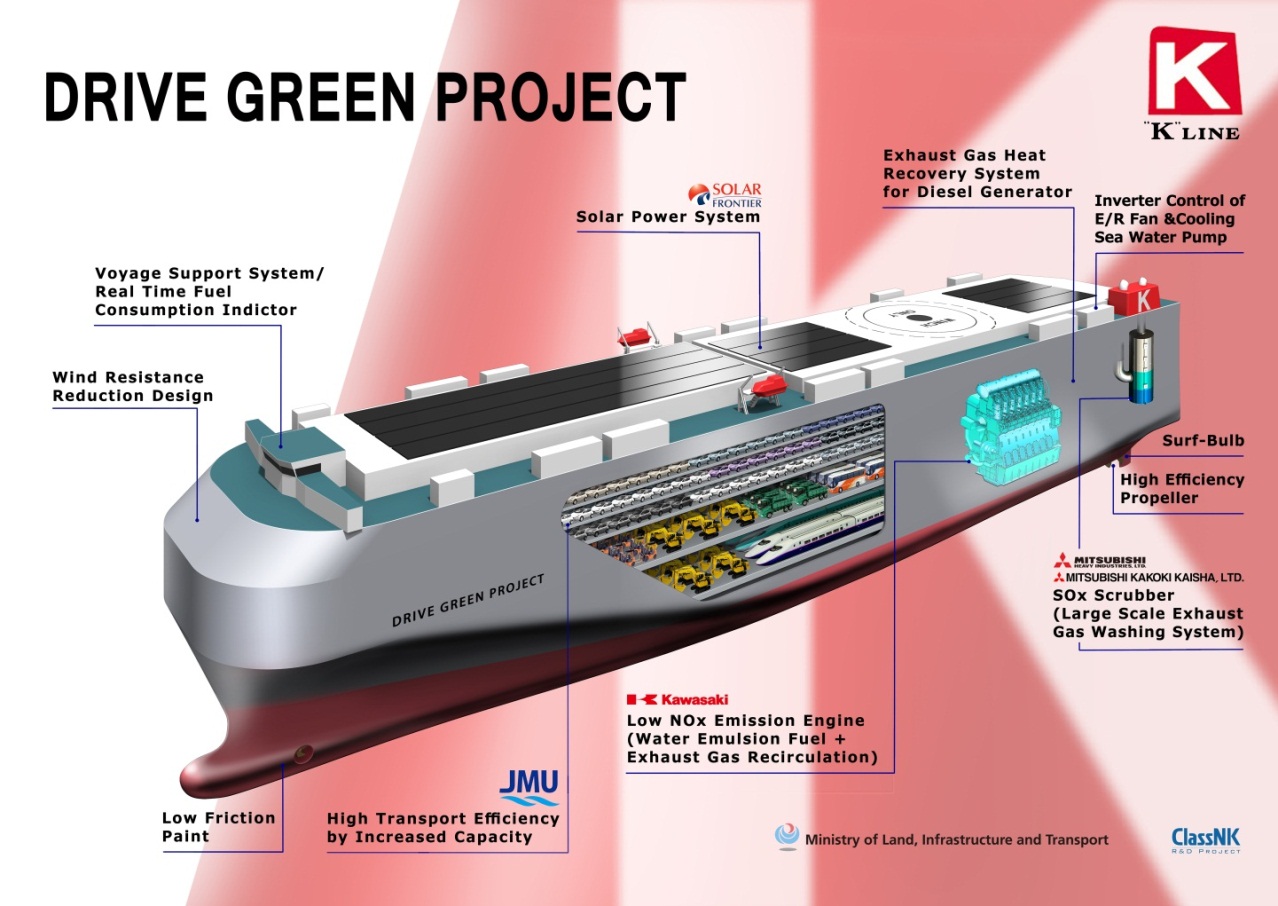