The new vessel was given her name “BISHU MARU” by President & Director Satoru Katsuno of Chubu Electric, the Charterer.

“BISHU MARU” comes from the name of an old district in western Aichi Prefecture named “Owari” where an LNG receiving terminal of Chubu Electric is located. In addition, she is the second generation with this name which was handed down from an earlier LNG carrier, the first to have been managed by a shipping company in Japan, which was also managed by “K” Line and completed at the Sakaide Shipyard of KHI in 1983 as well.

“BISHU MARU” will mainly serve on the transportation route between Australia and Japan after delivery, and is expected to contribute to stable transportation of energy in Japan which her predecessor faithfully carried out for many years.

“K” Line is dedicated to contribute in meeting the expanding needs of LNG transportation with a view to simultaneously developing a more stable earnings structure as a part of our medium-term management plan ““K” LINE Value for our Next Century” that was newly introduced earlier this year.

(*2) Allowable width to pass through the Panama Canal after the expansion. 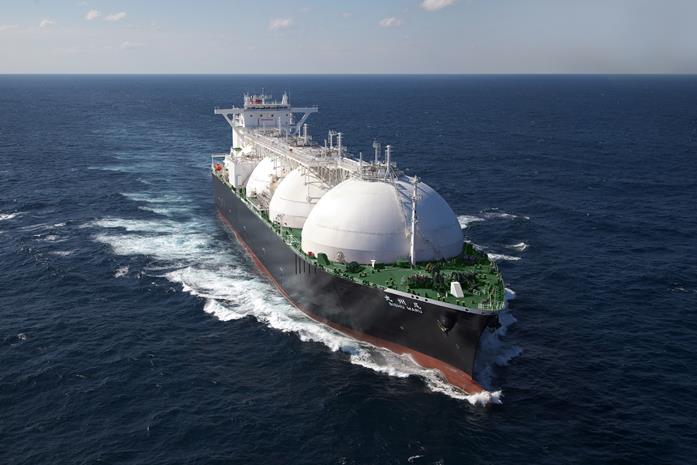