To implement firmer measure for enhancing our business base “For safety in navigation and environmental preservation”, ”K” Line Maritime Academy (Japan) at Machida city in Tokyo, one of the core functions of “K” Line’s education system for its marine personnel named “K” Line Maritime Academy（KLMA）, has newly installed the latest model of ship handling simulator as a training equipment for Captains and Deck Officers. This simulator corresponds to ship handling training for 14,000 TEU Mega Container Vessel which are due to be delivered in fiscal 2015 and enable us to accommodate larger container ships of recent years. Thereby, we can conduct more effective training for Captain and Deck Officers who can surely put into practice the group’s basic philosophy- “Establishing and maintaining safety in navigation to protect human lives, cargoes, and the natural environment at sea”.

Along with the installment of ship handling simulator, Bridge Resource Management (BRM) Training Course with the said simulator was certified by Nippon Kaiji Kyokai (Class NK). BRM Training Course is the requirement of STCW Convention and it is obliged to exercise the course for Captains and Deck Officers.
The certification proves that BRM Training Course conducted by KLMA (Japan) provides the high-quality training fulfilling the global standard. 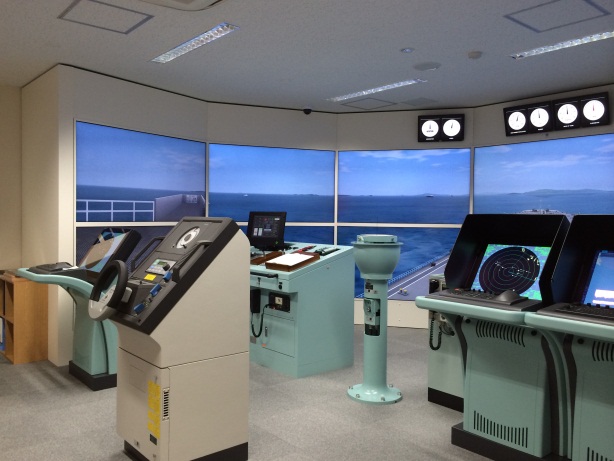 In line with the installment of ship handling simulator, the training center has establish the Quality Management System on its own and acquired ISO 9001 certification by Class NK. 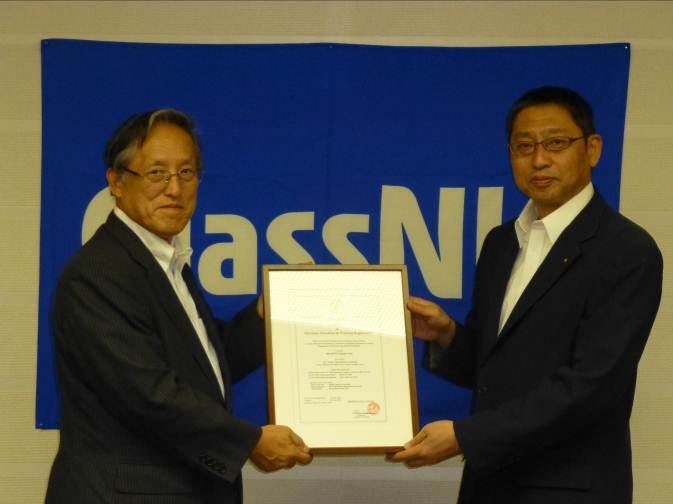 Though “K” Line has been providing standardized training for all seafarers onboard our group vessels through KLMA, “K” Line will offer higher level of globally standardized training by incorporating objective assessments from this third-party accreditation organization, which contributes to strengthening safety and efficiency in navigation.

Remarks 1:
KLMA is the cluster of our seafarers’ training centers developed in 5 countries around world that provides the career path program for “K” Line seafarers.

Remarks 2:
BRM is a management method that aims to archive safe navigation by enhancing teamwork in the Bridge and making effective use of navigational equipment, information, etc. It is a requirement of STCW Convention in which Captains and Deck Officers are obliged to acquire knowledge and skills about BRM as their competency.

Remarks 3:
STCW Convention (The International Convention on Standards of Training, Certification and Watch keeping for Seafarers,1978) was adopted in response to the tanker oil spill accident which was occurred due to grounding on the southwest coast of UK in 1967. The establishment of STCW Convention aimed to improve the quality of seafarers’ competence equivalent to the international qualification standards. It came into force in 1984 and adopted a new set of amendments in Manila in 2010 called “The Manila Amendments” as a result of implementation of comprehensive review of human error in marine accidents.