Kawasaki Kisen Kaisha, Ltd. (“K” Line) is pleased to announce that an agreement is to be made with Chubu Electric Power Co., Inc. on long-term Time Charter of a new 164,700m3 Moss (independent spherical tank) type LNG carrier and execute Shipbuilding Contract for it with Kawasaki Heavy Industries, Ltd. (KHI).

KHI’s newly-developed hull form design will be adopted for the vessel. Even though the tank capacity of the vessel is increased by 18,000m3 compared to the conventional 147,000m3 Moss type LNG carrier, the hull size remains same as such conventional LNG carriers. Consequently the vessel can enjoy ship shore compatibilities with major LNG terminals throughout the world and will be the largest size of Moss type LNG carrier that can navigate the New Panama Channel presently under construction.

(*) Boil Off Rate (BOR)： Ratio of natural vaporized gas against maximum tank capacity to indicate capability of tank heat-insulation system. The vessel’s BOR 0.08% per day, improved twice as much from 0.15% of the conventional LNG carriers, is the lowest BOR among all LNG carriers in the world.

(Image of the Vessel after Delivery) 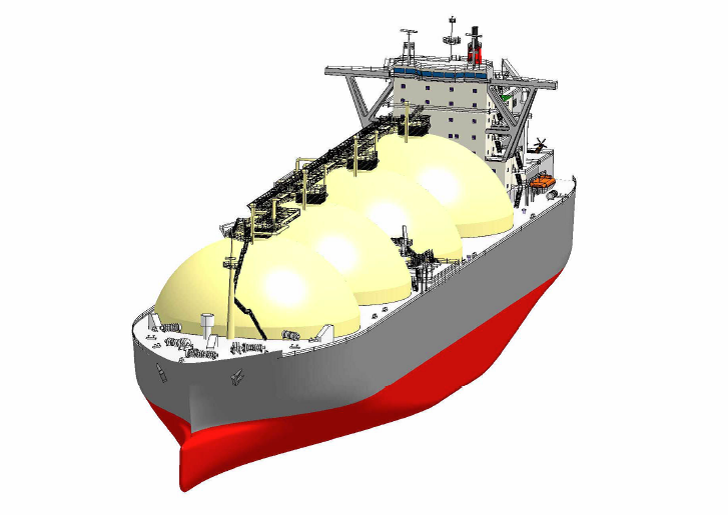