TOHOKU MARU is same type as "K" Line's specialized fleet for transport of thermal coal known as the "Corona-series". The Corona-series, which "K" Line originated and continues to develop, consists of epoch-making coal carriers equipped with wide beam and shallow draft, which are the most suitable type to enter ports of domestic Thermal Power Stations to discharge cargo. 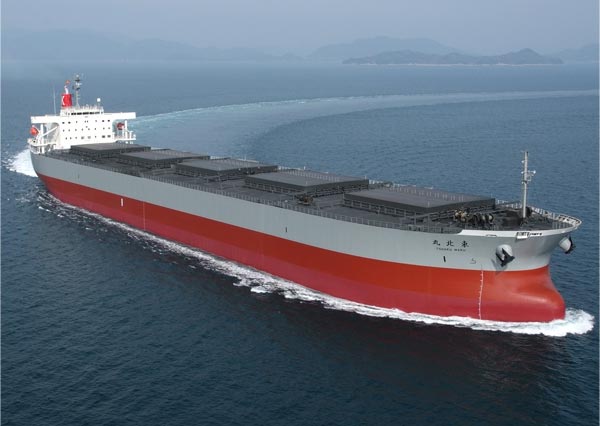