In October 2014, SAL successfully completed its first offshore wind-farm-related operation on the Baltic Sea. This offshore operation was part of the Wikinger offshore wind farm project developed by Spanish energy company Iberdrola, whose test pile contract was awarded to German engineering and services group Bilfinger. Bilfinger subcontracted SAL to carry out the tests, and accordingly, SAL’s main offshore installation vessel MV LONE independently conducted the driving of 9 piles into the seabed to a depth of approximately 35 m, including loading and transporting the piles. The piles are for the purpose of confirming the design from a soils perspective.

SAL had sporadically engaged in offshore operations in the past, including implementing a project to deliver equipment underwater (wet-handshake) off the coast of India and a project to change the equipment modules of a floating production, storage and offloading vessel for oil and gas off the coast of Nigeria. SAL then officially entered the offshore operation sector after constructing MV LONE and MV SVENJA, which are equipped with dynamic positioning systems. In 2013, SAL Offshore B.V. was established in Delft, Netherlands, and since then SAL has actively participated in offshore projects, including the installation of submarine pipeline equipment in the Mediterranean and the installation of a tide power generator off the coast of Scotland. This piling work is SAL’s first offshore wind-farm-related operation.

The project was started at the end of September after 4 months of careful planning and thorough preparation, including with significant support from engineering. MV LONE was first fitted out with additional living quarters and project equipment, including 6 tugger winches at Rotterdam. MV LONE was then loaded with the piles, a template for specifying the pile driving positions, a level for setting a pile, an ROV (underwater robot), and an underwater hammer at Sassnitz, Germany, and traveled to the planned construction site of the offshore wind farm approximately,30 km off the coast. MV LONE carried out a series of activities, namely, installation of the 110-t template at the seabed, insertion of piles into the template, and hammering of piles into the seabed. The operation was divided into two sessions in accordance with the water depth, and 9 piles were successfully installed in about 10 days. A further testing campaign of the piles is planned to be carried out by MV LONE in December.

SAL will continue to actively participate in offshore projects by taking full advantage of its engineering capability developed through heavy-item shipping and harbor construction projects, recent experience in offshore projects, high-quality vessels, and the quality work provided by its skilled competent crews. 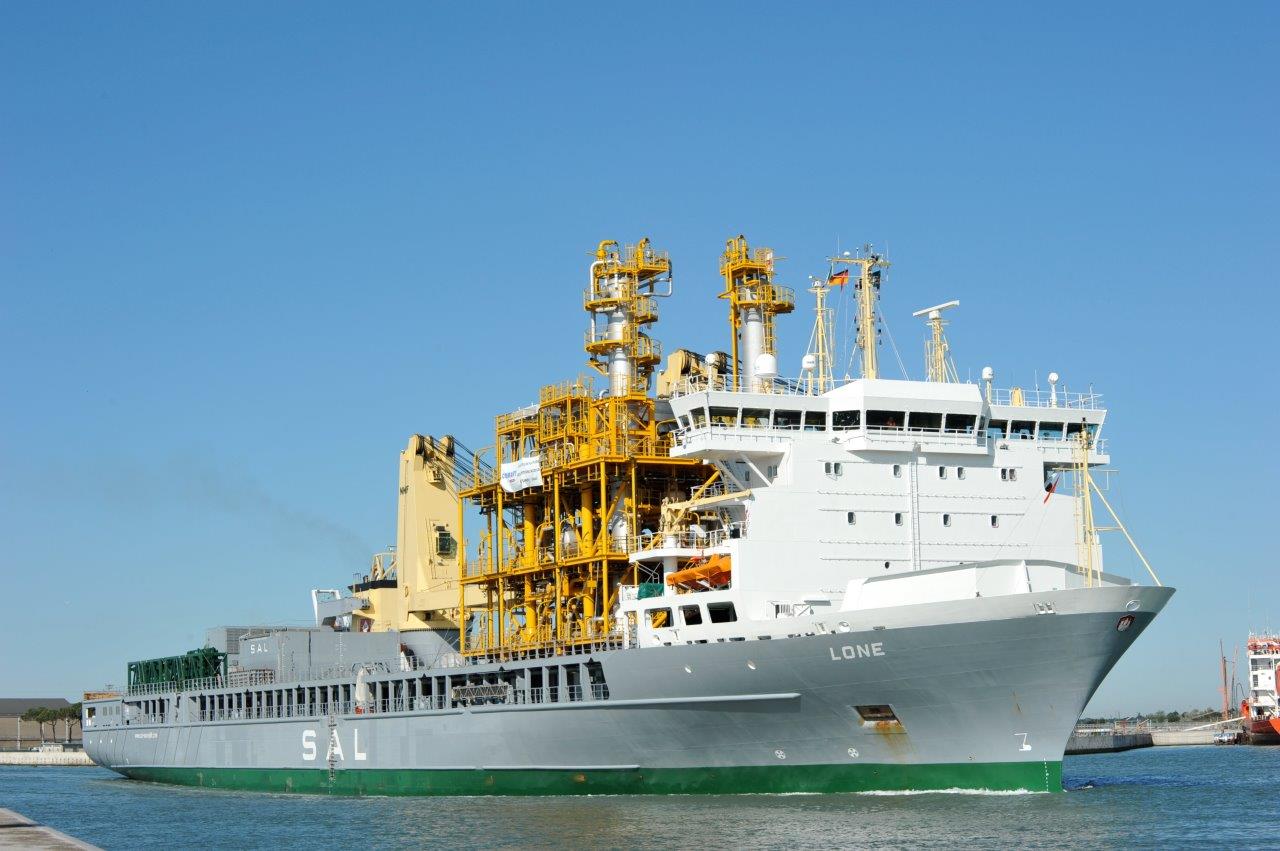