On 14th May“K” Line received Environmental Excellence Award for its action in compliance with the port’s “Green Flag Program” and “Green Ship Program” to reduce environmental impact in coastal waters area in 2013 from the Port Authority of Long Beach.

“Green Flag Program” is a voluntary vessel speed reduction program for ships to reduce speed to 12 knots in the coastal waters in order to reduce exhaust gas emissions. The port rewards compliant shipping lines according to their participation.  “K” Line participated in this program with a total of 58 ships, representing 303 qualifying legs into and out of the Port of Long Beach, and achieved this recognition as the number one company meeting 100% compliance within the 40 nautical miles limit with the greatest number of ships in 2013.

“Green Ship Program”is a voluntary program which has encouraged vessel operators to assign ships which emit less NOx (Nitrogen Oxide) in their exhaust gas to the port, and we received this award under this program with total of 4 target vessels with 9 callings from the port authority in 2013.

The port authority is asking ship operators to participate in these programs in order to reduce air pollution in the coastal area. We were awarded the Green Flag Program for nine consecutive years, and awarded “Green Ship Program” for first time in 2013.

The “K” Line group is positively committed to continue participation in worldwide environmental conservation and contributing to marine and global environmental protection. 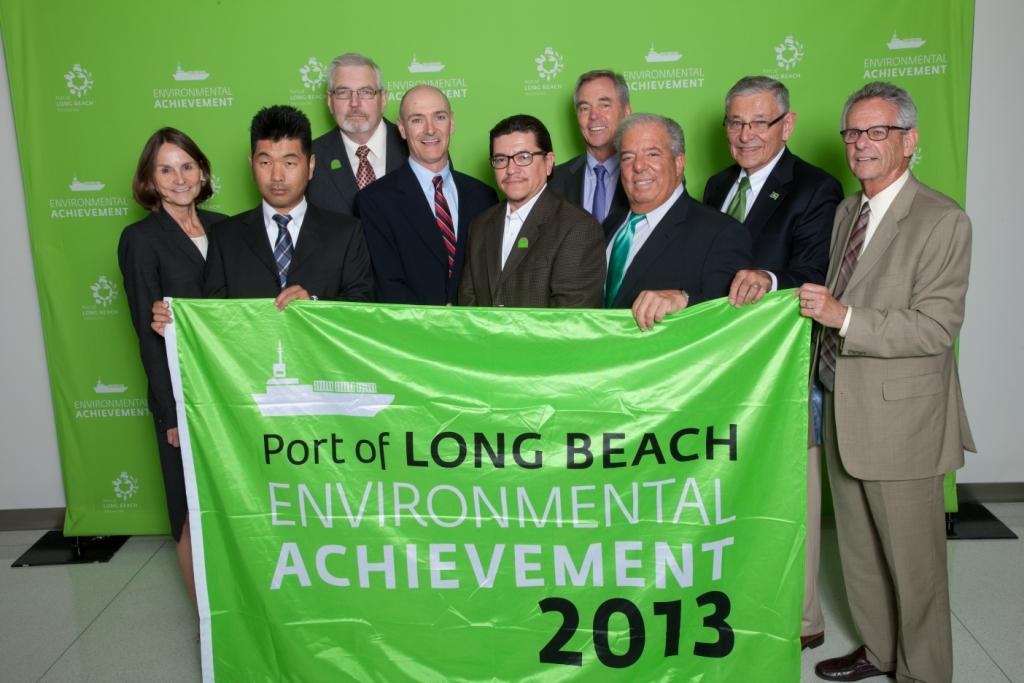